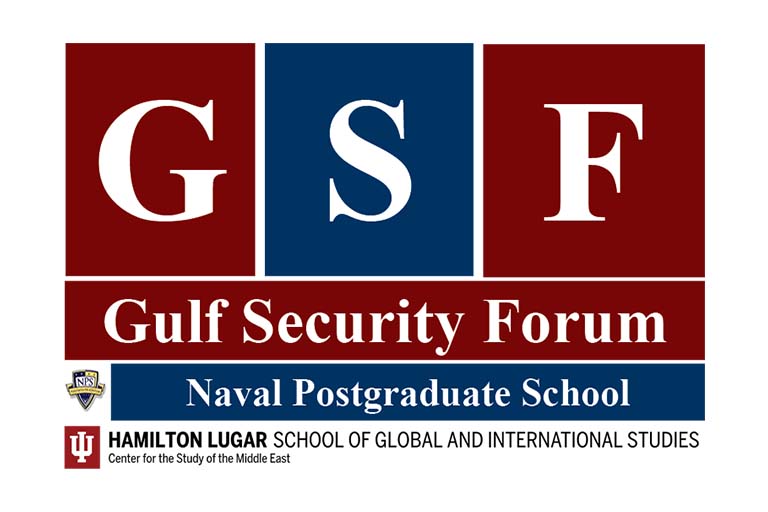 Distinguished Professor and Chair of the Department of Central Eurasian Studies at Indiana University, Bloomington. Dr. Choksy received his undergraduate degree from Columbia University in 1985 and his PhD from Harvard University in 1991. He is an authority on Iran (Persia), the Middle East, Central Asia, South Asia, Zoroastrianism, Manichaeism, and Islam, and of religious minorities in the Middle East and Central and South Asia. He was nominated by the US President and confirmed by the US Senate as a member of the Council overseeing the National Endowment for the Humanities. Choksy has held fellowships from the Harvard Society of Fellows (Junior Fellow), Institute for Advanced Study at Princeton, NEH, Guggenheim Foundation, Center for Advanced Study in the Behavioral Sciences, American Philosophical Society, and American Academy of Religion.

Lee Feinstein is founding Dean and Professor of International Studies at the Hamilton Lugar School at Indiana University Bloomington. Prior to joining HLS, he served as U.S. Ambassador to the Republic of Poland (2009-2012). Before that he was a senior fellow and deputy director of studies at the Council on Foreign Relations, specializing in U.S. foreign policy, international institutions and national security affairs. He served on the Presidential Transition Team for President Obama and as Principal Deputy Director and member of the Policy Planning Staff at the Department of State from 1994-2001. Feinstein serves on the board of the U.S. Holocaust Memorial Museum, is a member of the Council on Foreign Relations, and serves on the Board of the Kosciusko Foundation, on the Advisory Council of the Indiana University Center for Global Health, and on the Indiana Advisory Committee of the U.S. Global Leadership Coalition.  He holds a JD from Georgetown University, and MA from the City University of New York, and an AB from Vassar College.

Director of the Scowcroft Middle East Security Initiative at the Atlantic Council, where she leads the security pillar within the Middle East programs. Ms. Fontenrose has twenty years of experience working with the national security apparatuses of countries in the Middle East and Africa from positions within the U.S. Department of Defense, Department of State, White House, private industry, and nonprofit sector. She served as senior director for Gulf affairs at the National Security Council, leading the development of U.S. policy toward the countries of the Gulf Cooperation Council, Yemen, Egypt, and Jordan. Most recently, she was senior vice president for global relations at the Sonoran Policy Group. She holds a BA in Middle East studies from the College of William and Mary, an MA in Middle East studies from Indiana University, and an MBA from Harvard Business School.

Distinguished Professor of Political Science and holds the Rabindranath Tagore Chair in Indian Cultures and Civilizations at Indiana University, Bloomington.  He received his PhD from University of Illinois, Urbana/Champaign in 1984.Professor Ganguly is a Senior Fellow at the Foreign Policy Research Institute, a member of the Council on Foreign Relations and a Fellow of the American Academy of Arts and Sciences.  He has been a Fellow at the Woodrow Wilson International Center for Scholars in Washington, DC, a Visiting Fellow at the Center for International Security and Cooperation and at the Center on Democracy, Development and the Rule of Law at Stanford University, a Guest Scholar at the Center for Cooperative Monitoring in Albuquerque and a Visiting Scholar at the German Institute for International and Area Studies in Hamburg.

Dr. Scott Sigmund Gartner is The Provost and Academic Dean of the U.S. Naval Postgraduate School, Monterey, California, where he also serves as Professor of Defense Analysis. He previously held the position of Director of the Penn State School of International Affairs, where he remains a Faculty Affiliate. Gartner’s interdisciplinary, multi-method, research focuses on great power conflict, international security, war and politics, counter-terrorism, conflict mediation and policy assessment and is both impactful and well cited. He is past president of the International Studies Association (West) and served as a Senior Advisor for the Net Assessment of Violent Non-State Actors for a U.S. intelligence agency.  He holds a PhD. and MA in Political Science from the University of Michigan, and BA in History and MA in International Relations from the University of Chicago.

Principal Research Associate at the Institute for National Security Studies and Non-Resident Scholar at the Middle East Institute, Washington, DC.  Dr. Heller received his B.A. in Political Science and Economics at the University of Toronto and did his graduate studies at Harvard University, where he earned an M.A. in Middle Eastern Studies and a PhD in Political Science. Since 1979, he has been affiliated with the Jaffee Center for Strategic Studies (formerly, the Center for Strategic Studies), now incorporated into the Institute for National Security Studies, and he has taught Middle Eastern politics and international relations at Tel Aviv University and at several American universities.

Founding Director of the Center for the Study of the Middle East at Indiana University, Bloomington, where he is also Professor of Practice of International Law and Diplomacy at the Maurer School of Law and the Hamilton Lugar School of Global and International Studies. From 2004 to 2010 he represented Iraq at the United Nations, having previously acted as legal advisor to the Iraqi Foreign Minister during the negotiations for U.N. Security Council resolution 1546 recognizing Iraq’s re-assertion of its sovereignty. In 2003-04, he was principal legal drafter of Iraq's interim constitution, the Transitional Administrative Law.  He received his JD from the Indiana University Maurer School of Law in 1988 and his SJD from Northwestern University in 2009. Amb. Istrabadi is a Fellow of the American Academy of Arts and Sciences and a Member of the Council on Foreign Relations.

The Wallace S. Wilson Fellow for Energy Studies at Rice University’s Baker Institute for Public Policy in Houston. He received his PhD in 2013 from the University of Cambridge, master’s from Columbia University in 2002 and bachelor’s from City College of New York in 1991. He specializes in energy geopolitics, with a focus on oil-exporting countries and the challenges they face from energy subsidies, internal demand and climate change. He teaches classes on energy policy and geopolitics at Rice University. Krane spent nearly 20 years as a journalist, six of them in the Middle East. He was a longtime correspondent for the Associated Press based in Dubai, Baghdad and New York, and has written for myriad other publications including the Washington Post, Wall Street Journal, Financial Times and the Economist Intelligence Unit.

The Graham H. Stuart Professor of International Relations at Stanford, and a Senior Fellow at the Freeman Spogli Institute, the Hoover Institution, and at SIEPR. From February 2005 to April 2007 he was Director of the Policy Planning Staff at the Department of State. In 2002 he served as Director for Governance and Development at the National Security Council. He is a member of the Board of Directors of the United States Institute of Peace, and was a member of the Foreign Policy Advisory Board of the Department of State from 2012 to 2014. He received his BA from Cornell in 1963, MA from Columbia in 1967, and PhD from Harvard in 1972.

Assistant Professor of National Security Affairs at the Naval Postgraduate School in Monterey, California. Her research and teaching focus on international and intrastate conflict and cooperation over energy resources and climate change. Dr. Meierding is completing a book manuscript entitled The Oil Wars Myth, which challenges the popular belief that oil is a significant cause of international conflict. She has also initiated a new project on international oil cooperation. In addition, her research has analyzed the connections between climate change and intra-state conflict and uranium’s roles in civil wars. Dr. Meierding received her PhD (2010) and MA (2004) in political science from the University of Chicago. She earned her BA (2000) in history from the University of California, Santa Cruz.

Dr. Afshon Ostovar is an Associate Professor of National Security Affairs at the Naval Postgraduate School. He has come to NPS after a decade of experience working on Department of Defense and federally-funded projects related to national security and the Middle East. He was most recently a Research Scientist in the Center for Strategic Studies at CNA. Dr. Ostovar’s research focuses on conflict and security issues in the Middle East, with a specialty on Iran and the Persian Gulf. He earned a BA in 2003 in Near Eastern Studies from the University of Arizona and a PhD in 2009 in history from the University of Michigan.

Professor in the Defense Analysis department at the Naval Postgraduate School (NPS) in Monterey, California, and is also affiliated with the Center for Middle Eastern Studies at the University of California at Berkeley. Robinson has been active in policy work, especially for USAID and DOD, and in his professional work for the Middle East Studies Association (MESA) and (as a Founding Board Member and Treasurer) for the Association for Gulf and Arabian Peninsula Studies (AGAPS).  He received his PhD from the University of California at Berkeley in 1992.

President of the Arab Gulf States Institute in Washington. He previously served as U.S. ambassador to Iraq from 2016-19 and U.S. ambassador to Kuwait from 2014-16. From 2013-14, he served as a senior advisor in the Bureau of Near Eastern Affairs in the U.S. Department of State, working on Iraq issues and the U.S.-Africa Leaders Summit. Silliman was deputy chief of mission at the U.S. Embassy in Iraq from 2012-13, minister counselor for political affairs in Baghdad from 2011-12, and deputy chief of mission in Ankara, Turkey from 2008-11. He joined the Department of State in 1984.  Amb. Silliman received his BA from Baylor University and his MA from George Washington University.  He also serves on the board of advisors of the Bilateral US-Arab Chamber of Commerce, and he is a member of the Council on Foreign Relations and the American Academy of Diplomacy.

Assistant Professor of Government at Smith College where she teaches courses in Middle East politics, international political economy, global development, and women and politics. Her current research considers the impact of foreign capital and Arab diaspora networks on institutional reform and social change in the Middle East and North Africa with a focus on gender. Prior to her tenure at Smith College, Dr. Welborne was an assistant professor at the University of Nevada, Reno. She is a contributing scholar to the Women and Human Rights in the Middle East Program at the Baker Institute for Public Policy at Rice University.  She received her BA from Colorado College in 2002 and an MA and PhD (2006) from the University of Colorado.

Center for the Study of the Middle East social media channels